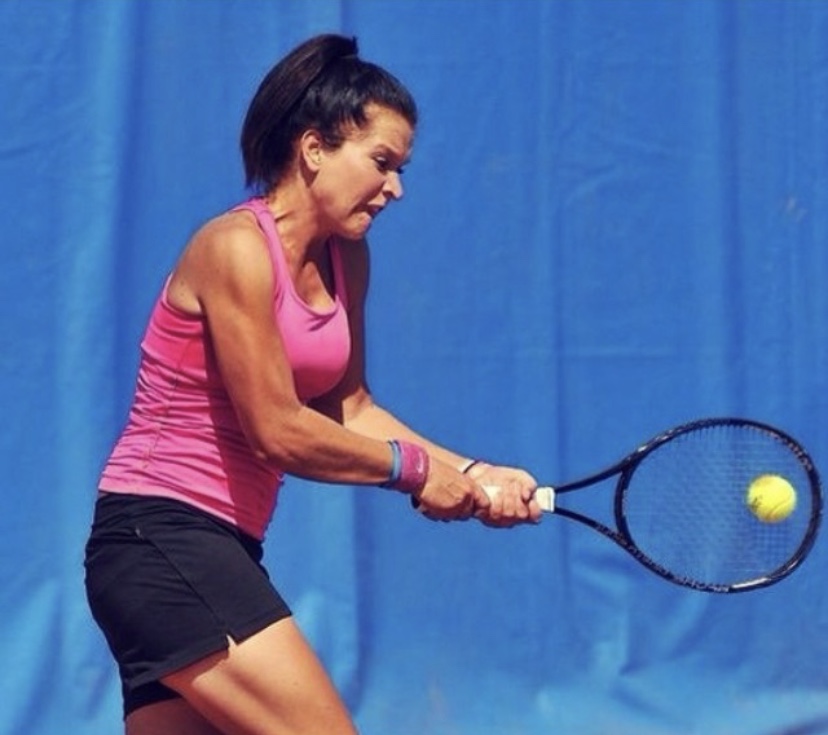 How to train for tennis performance?

Over a series of reviews, I will try to dig dip and provide you with practical takeaways in terms of physiology and the demands of a certain sport. First up is tennis. We will have a look over elite-level male and female tennis as well as how demands change when we analyze lower levels of play. Tennis is a sport based on unpredictability. The unpredictability of point length, shot selection, strategy, match duration, weather, and the opponent all influence the complex physiological aspects of tennis play.

Tennis requires players to perform short bursts of high-intensity exercise interspersed with periods of rest or low-intensity activities for a prolonged period (Fernandez, Mendez-Villanueva, & Pluim, 2006; Kovacs, 2007; Mendez-Villanueva, Fernandez-Fernandez, & Bishop, 2007 in Gomes et al., 2011). This variability requires tennis athletes to be highly trained both anaerobically for performance and aerobically to aid in recovery during and after play. The physiological responses to tennis match-play have been reported to be moderate, with different factors affecting those responses (Fernandez et al., 2006; Kovacs, 2007; Mendez-Villanueva et al., 2007 in Gomes et al., 2011):

In general, these previous studies have reported mean heart rates of 60-80% of maximum (Ferrauti, Weber, & Wright, 2003; Kovacs, 2007) and mean blood lactate concentrations of less than 4.0 mmol/l during matches consisting of three sets (Fernandez et al., 2006; Fernandez-Fernandez, Mendez-Villanueva, Fernandez-Garcia & Terrados, 2007 in Gomes et al., 2011). The running activities of players encompass high accelerations and decelerations but low velocities reflecting the intermittent play involved in tennis, which does not allow high velocities to be reached (Hoppe et al., 2014). Therefore it is important to understand the nature of the sport and train the energy systems that predominate during match play. Below I am presenting an overview of physiological demands accumulated from different studies done on tennis match play. Those reports are conducted on best of 2 sets.

Tennis demands in an infographic:

It has been reported that VO2 values – both at submaximal and maximal loads – were moderate predictors of players competitive ranking (Brechbühl et al., 2016), and that better aerobic conditioning of male tennis players at international levels was associated with better technical efficiency at higher exercise intensities compared with male tennis players at national levels (Baiget et al, 2016).

How about best of 5 matches at the elite level?

However, the major international tournaments (e.g. Grand Slam events and Davis Cup) are determined by the best of five sets (the first player to win three sets wins the match) with the longest matches lasting for more than 5 h. One such study was done by Gomes, R. V., Coutts, A. J., Viveiros, L., & Aoki, M. S. (2011) where they recreated a best of 5 tennis match with 2 elite Brazilian tennis players.

Lets have a look at different physiological components of tennis play:

Although heart rate is easily measured, it should not be used as the sole measurement of metabolism, as this would not accurately represent the physiological nature of an intermittent sport such as tennis.

A tennis player should be involved in progressive strength training from a young age, at first to develop movement proficiency and technique in a plethora of movements. Strength and power training should develop muscles in terms of force as well as velocity concurrently.

Flexibility training needs to be individualized and based on needs. If ROM Is sufficient, training time may be spent productively focusing on other training variables (strength & power, speed, technique, tactics, etc.). A quality, well-rounded training program should cover all the bases and it should be done both during the pre- and/or off-season as well as during the main competitive season, with proper adjustments that is.

It appears that the all-court player is the player’s role that coaches would like to train to be competitive in tomorrow’s tennis.

An example of our tennis warm up complex:

This website uses cookies to improve your experience while you navigate through the website. Out of these, the cookies that are categorized as necessary are stored on your browser as they are essential for the working of basic functionalities of the website. We also use third-party cookies that help us analyze and understand how you use this website. These cookies will be stored in your browser only with your consent. You also have the option to opt-out of these cookies. But opting out of some of these cookies may affect your browsing experience.
Necessary Vedno omogočeno

Any cookies that may not be particularly necessary for the website to function and is used specifically to collect user personal data via analytics, ads, other embedded contents are termed as non-necessary cookies. It is mandatory to procure user consent prior to running these cookies on your website.