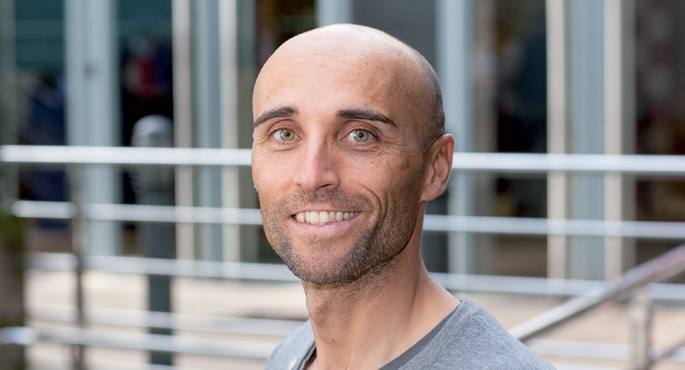 As many of you know, a few days ago I was on a lecture by dr. Mujika from Spain. He prefers to be acknowledged as Basque. Professor who introduced him to us, said that he was asking a lot of questions regarding the independence of Slovenia during the ride from airport to faculty.

His lecture was on two topics, first one about Tapering. On this topic I am sure he is the world most knowledgeable person and second one was on “my” topic on Strength training for endurance based sports.

By dr. Mujika’s definition tapering is: “Eliminating fatigue and enhancing performance” and for Mujika, this is the most sensitive area of training and planning, as “we can ruin all we were building during preparatory phase” and I certainly won’t argue with him. During the lecture, I got the feeling that he trains so many Olympic medalists, that he lost count.

Till this lecture I’ve been managing tapering in rather “drive-through” mentality. Planning and training using scientific facts and then tapering by only reducing volume a little bit and intensity if needed. What a peace of crap by me. This was like riding on train with full speed and then at the end just stepping of the gas pedal and waiting if the train will stop at the station or somewhere near!

Listening to dr. Mujika I got the impression, that I have to find a new way to deal with this better. He mentioned that during tapering, we can:

He showed us the numbers and explained the reasoning behind the whats, whens and hows. Another thing we have to consider is that there are different tapering methods for different athletes and sports. He showed us an example of two triathletes, who I believe were brothers and in the same sport. They were both nearing the same competition using rather opposing tapering methods.

Some interesting points on how to do that:

After some Q&A we had a short break. We continued with the second topic, which honestly I know a little bit more of. I was glad that he has confirmed my current knowledge on the matter.

At the end let me say, that this was one of the best lectures for me. Not just because it was on topic, that my knowledge was/is shallow, but also because he talked both in numbers and backed all that up with practical experise and from training real world athletes and champions. This for me was very important, since by now you know I am a big fan of numbers in training.

To wrap it all up – a little rumble at the end. I was surprised that among listeners there were only a few trainers/coaches, I could count them all on the fingers of my hands. Among the audience were a few professors and mostly students.

If you find this article interesting please share it with your friends and people you think could benefit from this.

Another quality presentation from dr. Mujika can be found below: