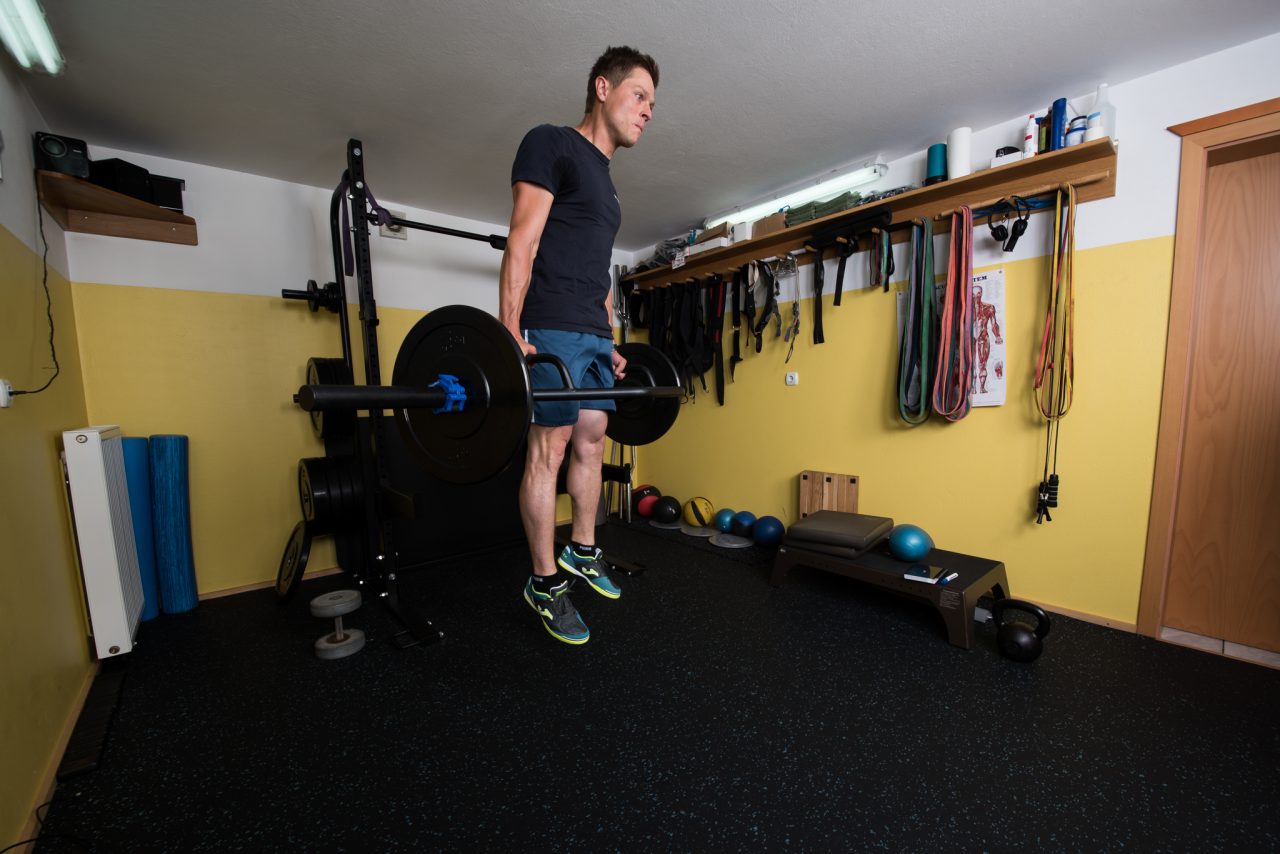 Density Training: How to test, perform and analyze your training

Recently I posted about my training on social media and I got a few questions about it. So here it is in more detail.

I am known as a numbers coach and trying to be based on science. But I admit, I rose up through “bro-science” and I don’t think that is all that bad. Let me explain “bro-science”: somebody is performing one type of athletic training, let’s just say lifting in a gym, and he is doing a workout that is known just to him. At, the end of some period, he got some positive results out of it (No shit, it happens) and he claims that this is THE workout, and he is the special one among all the others.

I name it as Density Training and I got some decent results out of it a few years ago. As I liked the idea behind it, I then tried to upgrade it to meet some other requirements.

A bit of history (mine) behind Density Training (from now on DT). Some fifteen years ago I was in contact with then quite famous strength coach Charles Staley, we exchanged quite a few emails and jokes regarding training. Back then I coached judo athletes and I had always issues with lack of time for strength and conditioning training. When I wanted a one-hour session I got half an hour. I knew that Charles trained some fighters (at least I read so. Charles also published at least two books on strength training for combat athletes). So, I contacted him. He suggested that I try what he labeled as Escalating Density Training or short EDT where you, as a coach, knows in advance how long your session will last. For me, back then, this was a huge factor, so I took that idea and implemented it into my work.

Later I learned that system was popularized by late Charles Poliquin and he took the idea from old Russian texts. What was there first: Chicken or the egg?

Ok enough of this chit chat, let’s get to it.

What is Density Training?

It is strength training in a known time frame. And can be transferred to other things related to S&C too. You do a pair of exercises back to back to shorten the session, that’s why the name Density Training. You do more work in less time.

There are a few points on how to select your pairing exercises:

How and when to plan different exercises

I will use the above periodization scheme just to point more easily what to do in different cycles. Nowadays I plan a bit differently as I am influenced by the ideas from my friend Mladen Jovanović and I suggest you check his new book Strength Training manual vol 1 and 2. Click on the pic to follow the link. 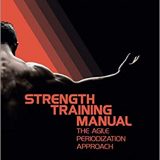 It depends on what I want to hit in a given moment. Look in the table below what and how to do it. Be advised this table is not fixed and you can change appropriately for each athlete. I just gave ranges so you can have upper and lower numbers for example for high and low days or G-1 and G-4 days when in season.

This is a very simplistic table and you should take it that way. Start with prescribed numbers and then see it for yourself what you prefer.

The idea is to have two exercises done back to back with a rest time between them. But when you do the second exercise the rest time for the first is already started, that is where you get some time to shorten the session.

The other point where you can get some time is when you look you never do a set to failure, meaning there are always some reps left in the tank, the recovery phase can be shorter than prescribed in old texts as there are reps almost always done till failure.

Of course, at the beginning rest time can be shorter but during the session, it must extend as the fatigue sets in slowly. Younger and more trained athletes can have shorter rest time to older and less trained ones.

How to Set up exercises

Which exercises you will select is completely up to you. In the table below, I will present a selection from a training plan back in the days (yup, I archive almost all my training plans) I made it for myself.

In the first cycle [AA] I wanted to get back to regular training so I selected Squats and deadlifts with low load (70 – 75% of 1 RM) and slow, continuous flow, didn’t rush with repetitions. Did this training twice a week, squats were done on the first session as they are my favorite exercise but less developed then deadlifts. Both these exercises were done as the first pair (1A & 1B). In the table It looks like I did them in the same workouts. This is just to present my idea of how to set up a training plan. I just fu*ked with the table when writing this blog.

The first cycle lasted for two weeks solely from these exercises and regime described above. In the second cycle, I started to mix with one AA training and one HT regime per week and the fourth and fifth weeks were again solely HT regimes. See below in the table. Also, I started with more reps in reserve (RiR) in the first week and progressed from that the next week. From more reps in a tank to less.

I also wanted to shorten the rest between the sets and add at least one minute of duration of a pairing set of exercises to the next same training session to perform more.

In hypertrophy (HT) phase I just followed the same regime as in anatomical adaptation (AA), just increased duration of pairing set of exercises and load. Everything else was the same.

I didn’t do repetitive strength aka strength endurance phase, which just builds upon HT phase. I did a week of, de-loading in a week 6 to recuperate a bit to start with maximal strength phase fresh enough to make a difference and mark a history.

Here is an example of how I did put up a plan for maximal strength in the third cycle. As the load increased from 80% to 90% of 1 RM, the training started to get into more neural side then hormonal, the duration of the rests between sets had to extend. Because of this, the duration of the pairing set of exercises prolonged from 12 to 15 minutes. When I finished doing Squats the rest for the leg already started and I performed some much-needed mobility work.

In Power cycle I started to do a “light” Power work, meaning I incorporated some bodyweight exercises like vertical jumps, broad jumps, hoping and bounding.

Another example: Pogo jumps paired with Counter movement jumps and hoping from leg to leg for distance paired with Broad jumps.

I didn’t want to do any heavier explosive lifts with weights, that’s the reason why I left them out. You can go with them, no problem. For example, you can pair Loaded Squat jumps with MB wall toss or Power Clean with KB Push Jerk. It’s up to you. Only the sky is the limit, always remember that.

So, for 10 active weeks, I did almost the same protocols, which translated into coaching language means that sessions were shorter, less time losing for explanation, if working with athletes, or trying something new. I just changed the load, intensity schemes like RiR, duration of pairing exercises sets. Also, the load was the same during the pairing set of exercises sets in one session. If you start your load with Squats with 130 kg and 5 reps, you then finished with 130 kg but maybe with just 2 reps. RiR changes accordingly with fatigue setting in. RiR stated in the table is just for the first set!

So far, I wrote about how to manage a training session. I think I managed to explain clearly enough to start DT for yourself. Let me explain how to progress from a session to a session.

Next training session try to overcome that number (TV). If you succeed for at least 10 % you can increase the load by 2,5 kg for upper body exercises and 5 kg for the lower body. Neglect what I wrote inside the table, that was just for the sake of clarity. Of course, you can go by those numbers too. I didn’t.

You can also play with other numbers. Say with shortening rest time and/or duration of pairing exercise sets. Just look for a summary of total repetitions, sets…

There is plenty of room to check out for yourself.

What I like the most from this type of workouts? Known duration of pairing exercise sets and total gym time. Simple logistics, same load during the whole duration of pairing exercise sets. No wasting time with changing the load. That is good if you coach team athletes. Saving some time, which is needed for something more important. For smaller gyms, tight with equipment this is very valuable information also this can lessen injury risk during changing the load (that is when athletes are not focused enough, and I already saw athletes dropping weight on their feet as well).

Try it yourself and let me know how it goes! Check our Instagram and YouTube for density training workouts and other training ideas.